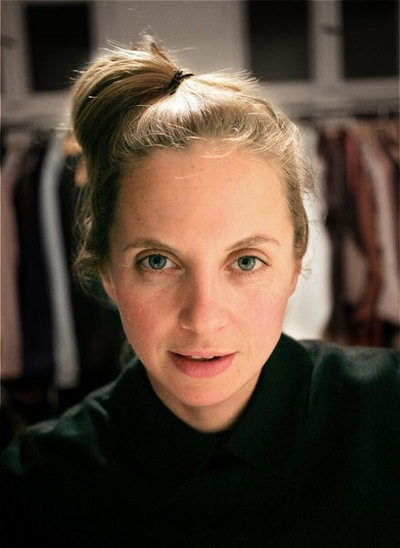 Miriam van der Ham is a costume designer for films and music videos. Her work is rooted in fashion design and media studies. Initially trained as a fashion designer (BA) at the School of Design in Pforzheim and as a theatre and media scientist (MA) at the University of Erlangen/Nuremberg, she pursues an interdisciplinary approach in her practice, which includes profound research, craftsmanship, art and design. As a costume designer she is interested in a close collaboration with the director and the actors, not only to create a link between the other creators and her own design, but also to give depth and authenticity to the characters.
Recently she has demonstrated her talent for creating inspiring and vibrant characters in the NETFLIX original HOW TO SELL DRUGS ONLINE (FAST), which was nominated for the official Cannes Series 2019 competition. The series was released in 2019 under the direction of Lars Montag and Arne Feldhusen. For the music video THE LINE by DJ ÂME feat. Matthew Herbert, Miriam worked with Nikias Chryssos and immersed herself in the world of darkness to create glittering capes and costumes. She made her debut with the insightful festival film WE HAVE ONLY PLAYED by Ann Kristin Reyels, which was nominated for the Munich 2018 Film Festival, New German Cinema.
In addition to her passion for costume design, Miriam worked as a fashion designer for the front-runner Henrik Vibskov in Copenhagen, the award-winning Berlin label c.neeon and coined the design of the start-up company Lex Hynson in Bali, Indonesia. Since 2011 she has been running her own fashion label based in Berlin, with which she has won several awards.