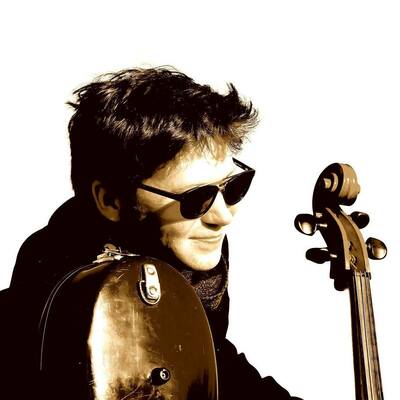 Photo: (c) Theresa Pfahler
Boris Fiala is an Austrian freelance composer and musician. His work includes soundscapes, as well as composition and arrangement for bands, choirs, and string quartets in theatre, film, and television. Fiala has appeared on stage as a member of the humorous band “Familie Lässig” with Manuel Rubey, Gunkl, and Clara Luzia, and has been featured in numerous live theatre and musical productions. He is a multi-instrumentalist with a focus on cello, piano, and electronics. He has worked with the Staatstheater Stuttgart, as well as the Landestheater Augsburg, the Kammerspiele Wien, the Stadttheater Klagenfurt, the Vorarlberger Landesteater, and the Düsseldorfer Schauspielhaus, among others. He has composed film music for DOR Film, Novotny film, and the Viennese TV channel W24, including the romantic comedy “Zweisitzrakete” and Peter Kerns' neo-Nazi-drama “Blutsfreundschaft”. Currently, Fiala plays the part of silent music-angel alongside Katharina Straßer with the cabaret “Alles für’n Hugo,” touring stages across Austria.