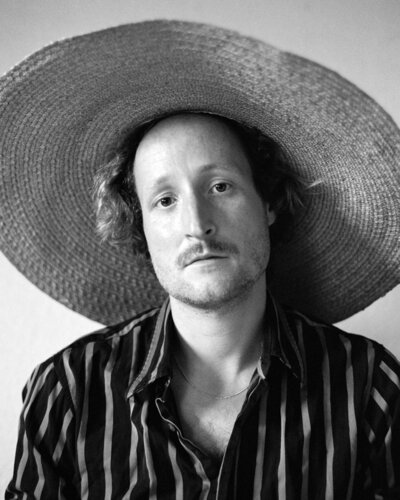 Photo: Amelie Amei Kahn-Ackermann
Jan Koslowski, works as a writer, director and actor. He grew up in Berlin, studied theatre directing with Luk Perceval at the Akademie für Darstellende Kunst Baden-Württemberg, as well as film dramaturgy at the Filmakademie Baden-Württemberg, and attended the master class for directing at the Zurich University of the Arts. Since 2006 he has been a member of the youth theatre P14 at the Volksbühne Berlin, where he started as an intern and worked with René Pollesch and also presented his own works for P14.
In 2009 he got invited to the Theatertreffen der Jugend. In 2014 he received the 2nd prize of the Körber Studio for Young Directors. The production SOCIETE DES AMIS-TINDERMATCH IM ODERBRUCH with Nele Stuhler was shown at the Fast Forward Festival in Braunschweig in 2015. His plays have been performed at Staatsschauspiel Stuttgart, Schauspiel Magdeburg, Connecting Space Hong Kong, Volkstheater Rostock and Volksbühne Berlin, Schauspiel Frankfurt, Schauspielhaus Graz, HAU Berlin, and Ballhaus OST.
Jan is part of the artistic direction of the Zurich Hyperlokal, as well as the touring stage project STAGE. His texts have been published in the magazines DAS WETTER and NICHTS ALS SCHÖNHEIT, among others, and his plays are performed at several German-speaking theatres. His prose debut RABAUKEN, was published by Korbinian Verlag in 2020. As an actor, he has appeared in the post-apocalyptic drama ENDE NEU by Leonel Dietsche and the Berlinale award-winning film MILLENNIALS by Jana Bürgelin. In addition to his work for the theatre, he has directed various fictional and documentary short and medium-length films. His first theatrical feature film BRIGITTE REIMANN BESTEIGT DEN MONT VENTOUX! was released in 2021.