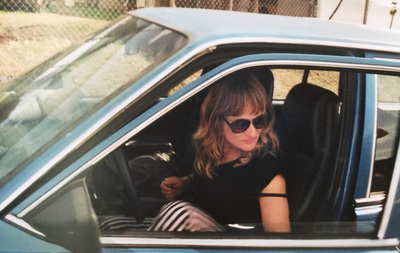 Photo: Lina Mareike Zopfs
Anne Thieme in 1982 in Germany is a film director and screenwriter. She holds a diploma in stage and film acting from the Vienna Film School and studied film direction and screenwriting at the Universidad del Cine Buenos Aires and at the ESTC - Escola Superior de Teatro e Cinema in Lisbon. Since 2001 she has been working on film productions in front of and behind the camera, mainly in Europe and Latin America. For two years she lived and worked in Honduras.
Her last short film INTERSTATE 8 (USA/Germany) had its premiere at the 35th International Film Festival Warsaw and was selected for the 35th International Short Film Festival Interfilm Berlin. Her short film OTRO DÍA MÁS (Argentina) was screened, among many other film festivals, at the International Film Festival Sleepwalkers PÖFF Tallinn Black Nights.
She is currently completing her master's degree in film directing with a focus on feature film at the Babelsberg KONRAD WOLF Film Academy in Potsdam and is developing her first feature film.