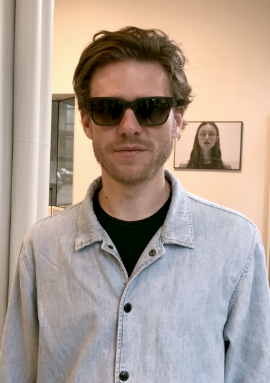 Dominik Berg was born in 1984. Music and sports meant everything to him as a teenager. He begun working in film for some short films in 2004 after that he was able to film several TV reports in form of a video diary on the ship Cap Anamur, named after the famous NGO.
Dominik then started pursuing a degree at the Filmakademie Baden-Württemberg, filming more shorts and first feature length movies that earned him a Golden Tadpol nomination at Cameraimage in Lodz as well as the Kodak Camera Award. In 2013, first assignments as Director of Photography for commercials and feature films followed his graduation from film school. He was also trusted with the artistic directing of the opening ceremony of the ARS Electronica in Linz. 2014, on his own initiative, Dominik produced and filmed a documentary about the EU’s border problems with his coworkers. For the feature DIE HANNAS he composed and recorded parts of the filmscore as well. Many of his films earned numerous awards and nominations at international film festivals. He was recently nominated for the German Camera Award.
In 2020 Dominik worked on the series DER SCHWARM, based on the novel by Frank Schätzing, with the director Barbara Eder.