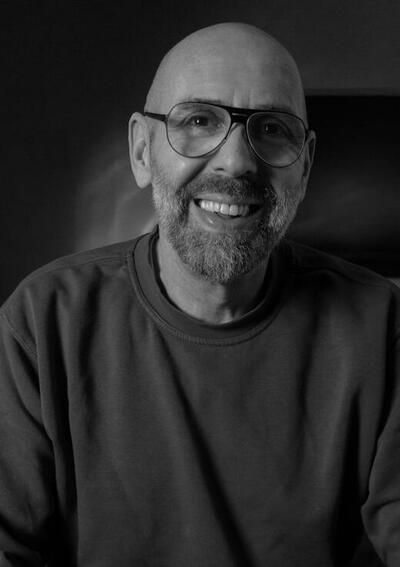 Jo Molitoris was born in Vienna in 1966 to an artistic family.
He attended a music high school and started his adventure with film as a boom operator and sound engineer in 1986.
Later on he became a freelance film loader and 2nd AC for Michael Stoeger on commercials and feature films.
In 1992 he started to freelance as a camera operator and moved to Los Angeles where his career kicked off. There he was working on music videos with various artists such as: Metallica, U2, Janet Jackson and Red Hot Chili Peppers.
In 1997 Jo worked on the movie BRAND, directed by Thomas Roth, in 2008 he was the DOP for the movie FALCO-VERDAMMT WIR LEBEN NOCH created by the same director.
The movie NEVERLAND on which Jo worked in 2019 with the director Gregor Schmidinger has won the Youth Jury Award at the 40th Max-Ophüls Award Film Festival and the Austrian Film Award for best cinematography and sound editing.
In 2022 Jo worked on the film IM LAND DER STARKEN FRAUEN, a hybrid portrait of the Austrian painter Maria Lassnig, that was written and directed by Anja Salomonowitz
Jo lives in Vienna.