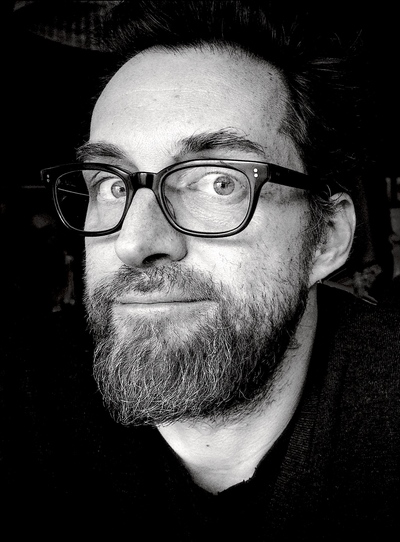 Uli Hanisch, born in Nürnberg, worked as a graphic designer in Düsseldorf. At the age of 20, he started working as a production designer on the experimental films of Christoph Schlingensief.
Subsequently, he worked with comedian Helge Schneider and created a Helge Schneider signature look for his films.
Uli Hanisch worked on films with many prestigious directors such as Adolf Winkelmann, Sönke Wortmann, Max Färberböck, Andreas Dresen, and Oliver Hirschbiegel. For Oliver Hirschbiegel’s film DAS EXPERIMENT, Uli Hanisch received his first German Film Award in 2001 for best production design.

Through his work for several European film projects, he worked with director Peter Greenaway and actors such as Jean-Louis Trintignant, Michel Piccoli, Julie Delpy, and Geraldine Chaplin.
For many years, he has closely worked with director Tom Twyker. With him he created DAS PARFUM in 2005, for which he won the Bavarian Film Award, the German Film Award, and the Prix d´Excellence of the European Film Academy.
Uli Hanisch and Tom Tykwer also created the American screen epic THE INTERNATIONAL, a complex odysse through international architecture styles and ends up rebuilding the entire Guggenheim Museum in a studio.
For the gigantic production of CLOUD ATLAS, directed by Tom Twyker and the Wachowskis, Uli Hanisch created scenes in style of the 1930, the 1970, and the 2000. For this, he won his third German Film Award.
In 2014, he filmed A HOLOGRAM FOR THE KING with Tom Hanks.

In 2015 and 2016, he began his work on the period series BABYLON BERLIN, for which he created a permanent outdoor set “Neue Berliner Strasse” in Studio Babelsberg. Since 2009, Uli Hanisch has worked for American productions as well, like SECRET OF WITCH in Budapest with Nicholas Cage, or THERESE - IN SECRET with Jessica Lange and Elisabeth Olsen in Belgrad in 2012. In 2008, Dieter Kosslick invites him to join the International Jury of Berlinale.

Since 2004, Uli Hanisch has taught at the ifs, the International Film School Köln, and as a visiting lecturer at all relevant universities in Germany. In 2018, he receives the professorship for production design at the ifs in Köln. The German Kinematek archived at Filmmuseum Berlin a collection of all his work and draft materials, as a representative of contemporary German film architecture.