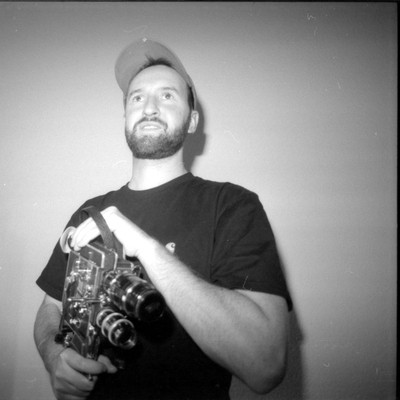 Jonas grew up without any media at all.
Hence it is thanks to his parents that Jonas' first cinematic works were self-made newsreels, Star Wars remakes and commercials. His parents were not too enthusiastic after they found out that Jonas and his friends had repaired a television set they picked up from the streets and then binge watched the entire TV program. The subscription to „La Film“ with subsequent weekly Art House cinema finally led to the start of a study in fine arts and later cinematography studies at the Film Academy Baden-Württemberg.
His feature length diploma film „Los cuatro vientos“ got nominated for this year's FIRST STEPS camera award. Jonas is also making his first steps into the professional feature film world. He just finished the work on his first TATORT „Leben Tod Ekstase“ and his second feature cinema movie „Youth Topia“ is hitting cinemas beginning next year. His work got shown at various festivals, e.g. Cannes YDA, Max Ophüls Preis, Camerimage, DOK Leipzig and Cannes Short Tiger.
Based in Berlin, he is always in search of characters and stories that need to be told. Jonas likes to collaborate with directors right from the start in order to find unique ways of showing the world through their eyes.