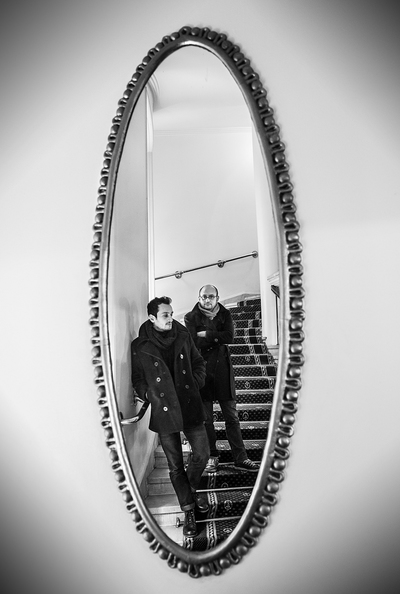 Arash T. Riahi, was born in Iran in 1972 and moved to Austria in 1982. He pursued degrees in film and human sciences, and freelanced from 1995 until 2002 at ORF shows: Nitebox, aktuelle Kultur, and Kunst-Stücke. In 1997, he founded a film and media production company called Golden Girls Film Production. He worked on documentaries, commercials, music videos, short films, and experimental films which received over 70 awards in total.
His first feature-length film was the motion picture documentary DIE SOUVENIRS DES HERRN X. Internationally awarded, the documentary EXILE FAMILY MOVIE was his second motion picture. His first featur film EIN AUGENBLICK FREIHEIT (Wega Film & Les Films Du Losange, 2008), received 31 international awards and was the official Austrian candidate for the Academy Award for best foreign language film in 2010.
In 2010, he began his work as a group leader and dramaturg at MEDIA/Creative Europe Programm SOURCES 2, which includes guest lectures, and coaching at Uni Wien, Goethe Institut Dublin, various film festivals, and ORF. In addition to that, he teaches non-fictional dramaturgy and production at Filmakademie Wien since 2014.
Arash`s latest film EIN BISSCHEN BLEIBEN WIR NOCH has received the Max Ophüls Publikumspreis in 2020 and five Romy awards in 2021.

Arman T. Riahi, born in Iran in 1981, studied media technology and worked as a graphic designer and screen designer in London and Vienna. Since 2015, he has worked as a director on many projects, such as: SENDUNG OHNE NAMEN, and the cultural magazine SUNSHINE AIRLINES at ORF. In 2006, Riahi was a participant at Berlinale Talent Campus in the category directing and writing. In addition to that he created the five part TV documentary AFRICA RACE in 2013 for Servus TV.
His first motion picture documentary SCHWARZKOPF was on shown in Austrian theaters in 2011. It won the audience award at Diagonale, and premiered internationally as the opening film of the documentary competition at the 17. Sarajevo Film Festival.
Arman’s first motion picture documentary in collaboration with his brother Arash, the cross media project EVERYDAY REBELLION, participated in over 60 international festivals and events. It won nine awards to date, including the CIVIS media award and the audience award at CPH:DOX.
In 2013 Arman was one of the five START fellows for cinematic art of the federal ministry of education, art & culture with his screenplay FUCHS IM BAU. The second collaboration of the Riahi brothers, a documentary called KINDERS won the audience award at Diagonale 2016. Arman’s first feature film, the comedy DIE MIGRANTIGEN, won the Max Ophüls Publikumspries 2017 and was viewed by many in theaters.
Arman’s latest film FUCHS IM BAU received the Thomas Pluch Preis at the Diagonale Festival and the Max Ophüls Preis for best direction, best script and the prize of the young jury.