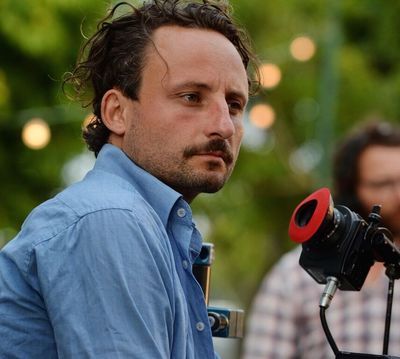 Markus Nestroy was born 1979 in Graz, Austria where he studied contemporary dance, photography, and acting. He went on to pursue a degree at the Filmakademie Baden-Wuerttemberg in Germany where he sharpened his visual language skills as a cinematography student. He was nominated twice for the Kodak Camera Award and his third-year movie at the Filmakademie, THE NIGHT FATHER CHRISTMAS DIED, was nominated for the Student Academy Award 2010.
In 2013, Markus shot his first feature film, ROBIN HOOD, directed by Martin Schreier. The film sets the action and drama of the familiar folklore tale in contemporary times. ROBIN HOOD was chosen as the opening film at the Filmfestival Max Ophüls Preis 2013.
ABOVE AND BELOW, his third feature film, premiered in 2015 and participated at many international festivals. It was also nominated for an award by the European Film Academy. The documentary won serveral awards worldwide and was released in US cinemas in 2016. In 2016 Markus won the German Academy Award for ABOVE AND BELOW, directed by Nicolas Steiner.
In 2015 he shot the film UNSERE ZEIT IST JETZT with director Martin Schreier and Barefoot Productions Berlin.
In 2016, he worked on WHATEVER HAPPENS with director Niels Laupert in Munich and CONNI & CO 2 with director Till Schweiger.
Subsequently, he was booked as DoP for the famous German comedy FACK JU GÖHTE PART III and for the Netflix TV Show FREUD directed by Marvin Kren.
Markus lives in Vienna and Berlin.