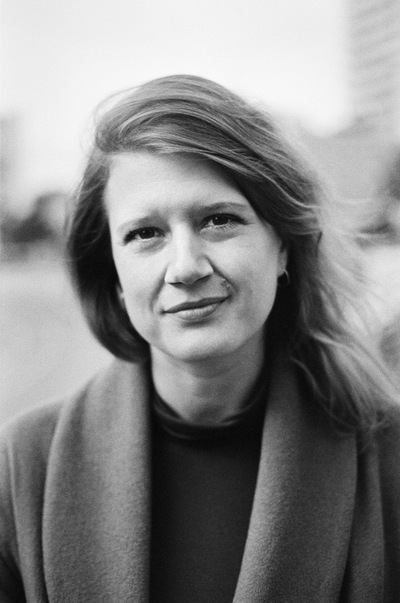 Photo: Marisa Vranjes
Carolina Steinbrecher works as a cinematographer in Austria, Germany and Switzerland. After completing her Bachelor of Arts at the Vienna Film Academy, she did her Master's degree in Cinematography at the Film University Babelsberg KONRAD WOLF. Her first feature film JIBRIL by Henrika Kull, as well as the second joint project GLÜCK/BLISS premiered in the Panorama of the Berlinale in 2018 and 2021. In 2020, the world premiere of the documentary JETZT ODER MORGEN by Lisa Weber (nominated for the Austrian Film Award) was also shown at the Panorama. In 2021, the film SARGNAGEL-DER FILM (directed by Hiebler-Ertl), shot together with Anna Hawliczek, was released. In 2021, she took over part of the documentary DAS ENDE DER WELT, WIE WIR ES KENNEN by Julia Neuhaus, which was broadcasted on ARD in 2022, and started shooting the documentary DER SOLDAT MONIKA by Paul Poet together with Anna Hawliczek and Simone Hart. In 2022 Carolina was part of the Berlinale Talents and was nominated for the German Camera Award for her camera work on GLÜCK/BLISS. At the moment she is shooting the 2nd season of the series NEUMATT directed by Christian Koch & Andrea Štaka in Switzerland.