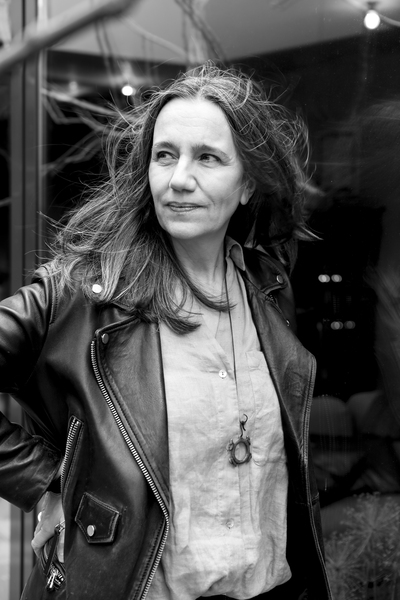 Sandra Bohle was born in Vienna in 1967, studied screenplay and dramaturgy at the Vienna Film Academy and theatre studies, history and art history at the University of Vienna.
Her first joint feature film with Mirjam Unger MAIKÄFER FLIEG, an adaptation of the autobiographical novel of the same name by Christine Nöstlinger. It opened the Diagonale Austrian Film Festival in 2016. In Austrian cinemas MAIKÄFER FLIEG reached 40.000 spectators and thus achieved 3rd place in the Austrian rankings of 2016. In terms of the amount of the total budget, Mirjam and Sandra were able to break the glass ceiling for female filmmakers with the screenplay of MAIKÄFER FLIEG. All main departments except sound were staffed by women, which was also a novelty in Austria. The screenplay received a Romy nomination in 2017.
Together with Ulrike Kofler and Marie Kreutzer, Sandra wrote the screenplay for WAS WIR WOLLTEN, which was nominated as the Austrian entry for the 2021 Oscars and for which the authors were awarded the Thomas Pluch Drehbuch Hauptpreis. It also received a Romy nomination. The film has been licensed by Netflix and can be seen exclusively on the platform in over 190 countries.
Sandra Bohle has been teaching at the Vienna Film Academy since 2000, from 2011 as Senior Lecturer in the team of the Book and Script Studies Department. From 2008 to 2012, she was the managing director of Drehbuchforum Wien and Drehbuchverband Austria.
For a short time, Sandra also worked as a film producer. Along with Götz Spielmann, Matthias Forberg and Heinz Stussak, she was a producer of the feature film REVANCHE, which received an Oscar nomination in 2009. The passion of producing has never left Sandra since. She is currently founding a new film production company called Bon Courage Productions together with Dagmar Streicher.
Sandra is also a founding member of FC Gloria, an association that promotes gender equality in the Austrian film industry and she is also a board member of Drehbuchforum Wien.