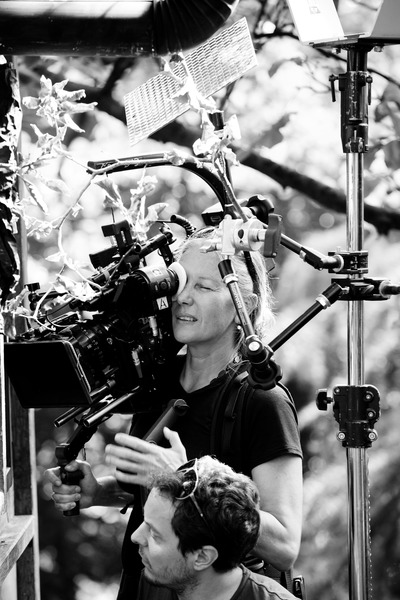 Photo: Oliver Oppitz
Eva Testor was born in Hall in Tirol in 1967. She has a degree in video technology and camera that she received at the film department of the University of Music and Performing Arts under Prof. Christian Berger in Vienna. Since 2000, she has worked on numerous successful films and TV productions, on which she worked with female leads such as Mirjam Unger in MAIKÄFER FLIEG, Sabine Derflinger in TAG UND NACHT, Gabi Schweiger in DIE LUST DER FRAUEN, and Nina Kusturica in 24 WIRKLICHKEITEN IN DER SEKUNDE.
In 2016, she got awarded with the Goldene Romy for best TV camera work for the successful TV show VORSTADTWEIBER (Season 1, Episode 1-5, director: Sabine Derflinger). In 2020 Eva won the Romy Award for her cinema documentary BACKSTAGE WIENER STAATSOPER and the Austrian Television Award for LANDKRIMI DAS MÄDCHEN AUS DEM BERGSEE.
Aside from her work with the camera, she writes screenplays and poetry.